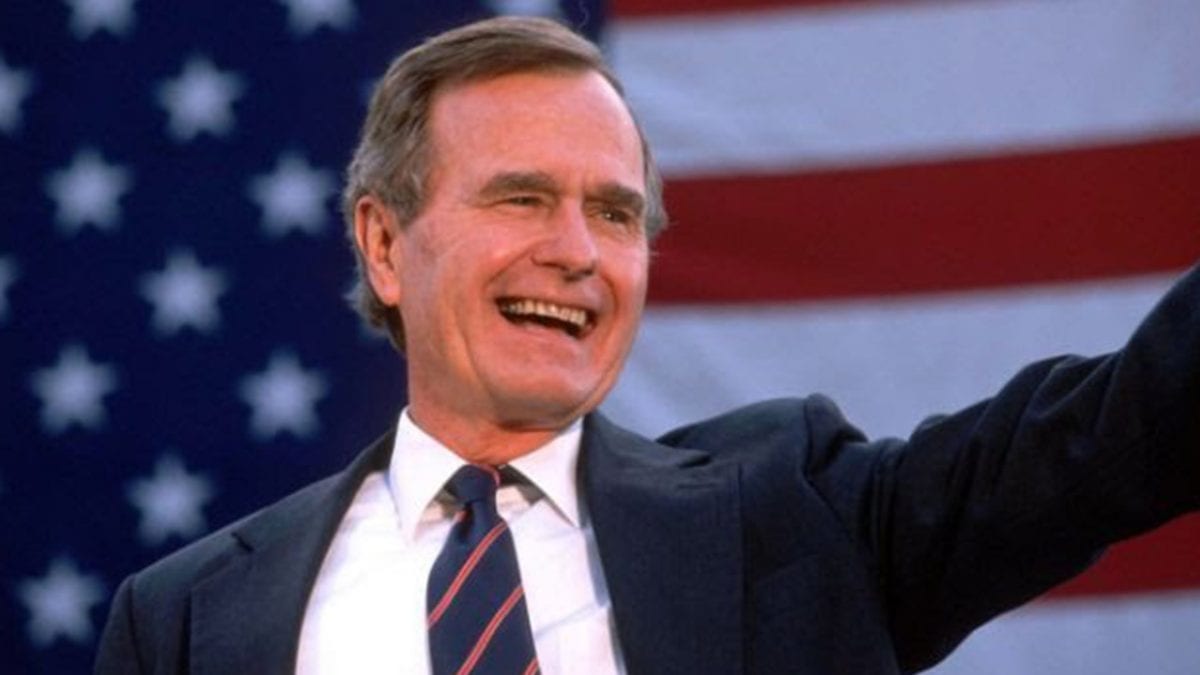 The Last President of The Greatest Generation

by Senator Lesniak December 3, 2018
From Our President

President George H. W. Bush exemplified the greatest generation of Americans who grew up during the great depression and fought during World War II, the greatest threat to our nation and the world.

His entire history of service to our country is remarkable, from being Lt George Bush, then a 20-year-old pilot, who was among nine airmen who escaped from their planes after being shot down during bombing raids on Chichi Jima, a tiny island 700 miles south of Tokyo, to throughout his governmental service up to being the 41st President of the United States.

His presidency was about leadership through reconciliation which he demonstrated by leading the unification of East and West Germany after the fall of the Berlin Wall, adroitly handling the breakup of the Soviet Union and stopping Iraq’s aggression into Kuwait without sacrificing more lives by going into Iraq.

A man of conscience and reason, his belief was that “good will begets good will.” When defeated in his re-election campaign by Bill Clinton, he left President Clinton a note saying, “I’m rooting for you.”