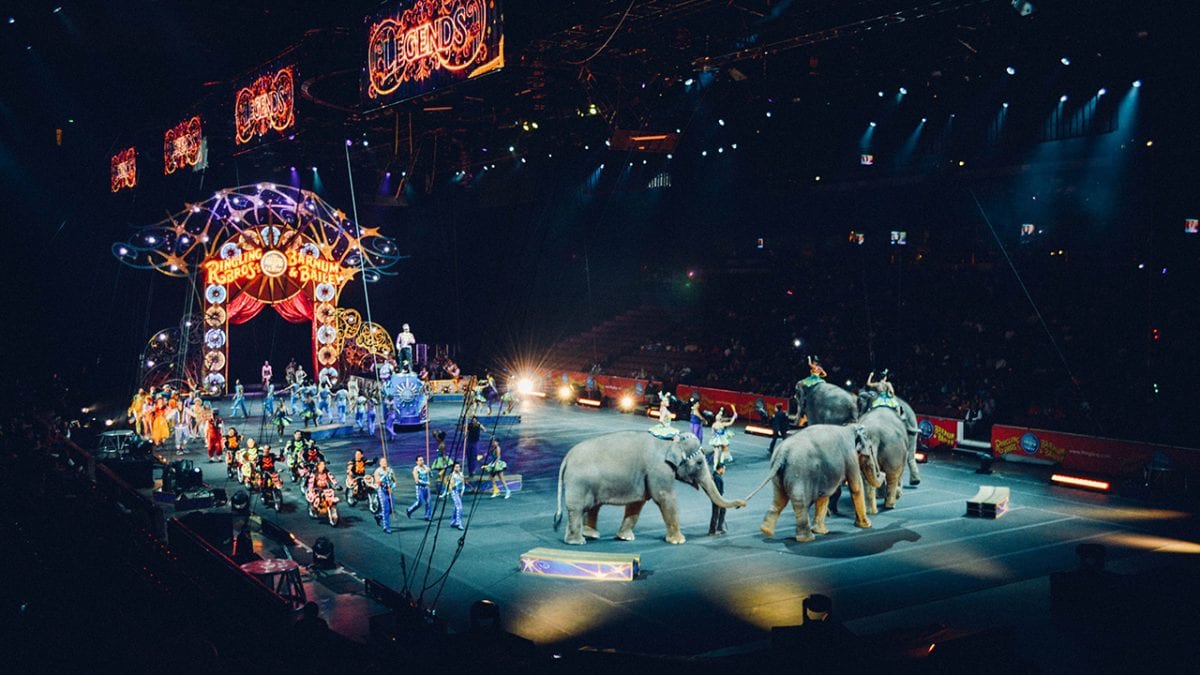 Why am I so concerned with animal cruelty when we have so many more important problems facing us?  What’s more important than ending cruelty in our society?

We can be a holistic society.  How we are concerned about other creatures on Earth and how we treat the planet will reflect on how we treat our fellow human beings.

Gladiators killed fellow human beings for entertainment.  Slavery was part of accepted society. Human beings are killed because of the color of their skin, their religion or their sexuality. Animals are killed for trophies to hang on walls.

Take a look at these circus elephants. It looks bad enough, but behind the scenes they are beaten until they are broken in order to perform tricks for our entertainment. It’s important to take action to end cruelty wherever it exists. That’s why Nosey’s Law which bans wild animals from circuses is important and why it was passed by the New Jersey Legislature and signed into law by Governor Murphy.

I was speaking to a class of students at High Technology High School in Monmouth County, New Jersey, about the Humane State License Plate design contest sponsored by The Lesniak Institute which was won by their classmate Kelly Qiang when a call from Governor Murphy came on my cell phone. I reached into my jacket pocket to turn it off when I saw it was from Phil Murphy. Governor Murphy announced he was signing Nosey’s Law while speaking to me and, I put on the speaker, to the students. It was serendipity. It was not prearranged.

Mahatma Gandhi once said, “The greatness of a nation can be judged by the way its animals are treated.” New Jersey just contributed to the greatness of America.