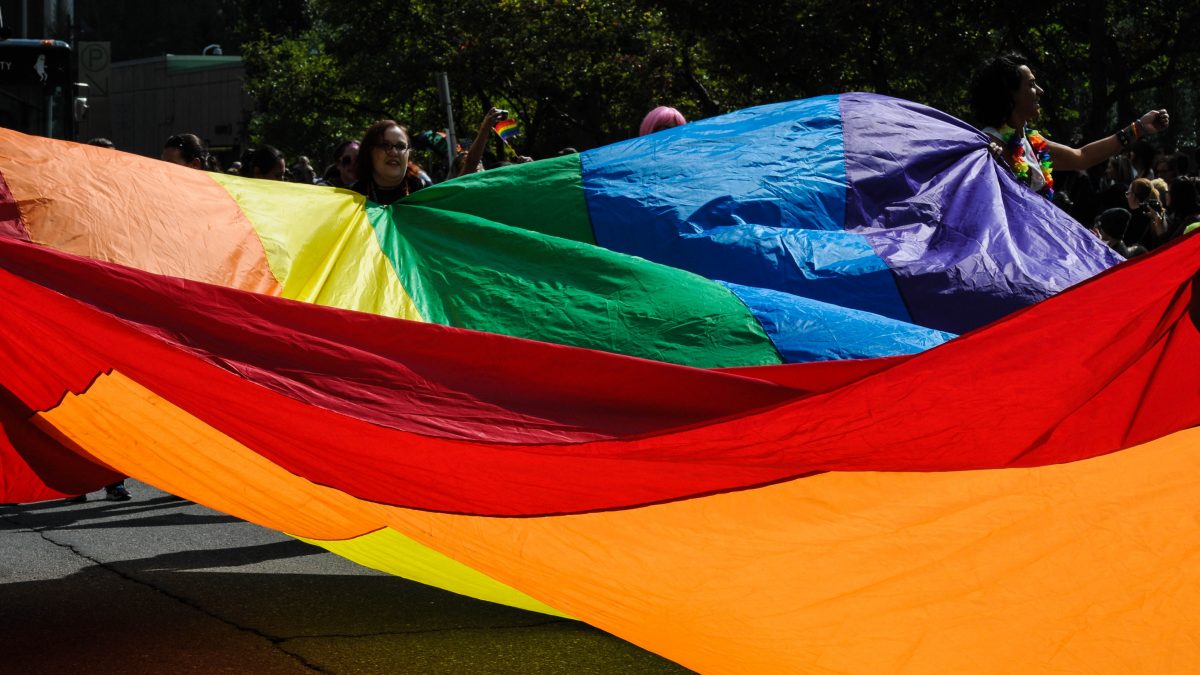 From LGBTQ Supporter to Advocate

by Senator Lesniak June 11, 2019
From Our President, Social Justice

As a state legislator, I always supported LGBTQ Rights. In 1991, I supported amending New Jersey’s Law Against Discrimination to include sexual orientation and gender identity – but I was not a co-sponsor of the legislation. 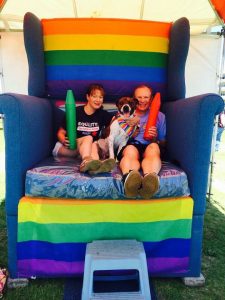 Supporting equality with one of our favorite pups.

In 2006, when the New Jersey Supreme Court held in Lewis v. Harris that our Domestic Partnership Law violated the Equal Protection guarantee of our Constitution because it didn’t guarantee the same rights and obligations to same sex couples as married couples and mandated that we change the law accordingly, I called up my friend, gay rights pioneer Steven Goldstein, to offer my congratulations for the big victory. Boy did I get an earful. “It’s not enough!  It’s wrong! We deserve the right to marry,” screamed Goldstein.

When I shared that conversation, if you could call it a conversation, with my then girlfriend, now wife, Salena Carroll, Chairman, New Jersey Civil Rights Commission, I got earful number two. 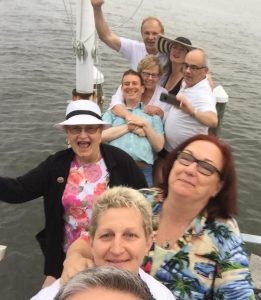 The passion expressed by Steven and Salena was a defining moment for me and was the beginning of my transformation from a supporter of LGBTQ Rights to an advocate for LGBTQ Rights. I realized that recognition of same sex marriage was much more than allowing same sex couples to marry – much, much more.

I’ve saw the hurt that disowning your authentic self, your true self, can do to a human being. And I saw the joy and the love when someone is free to embrace who they are. I came to believe that the recognition of same sex marriage would be uplifting for our entire society. 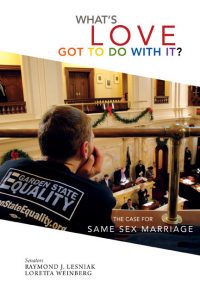 What’s Love Got To Do With It? The Case For Same Sex Marriage by Senators Raymond J. Lesniak & Loretta Weinberg

I immediately called Senator Loretta Weinberg, sponsor of Marriage Equality for same sex couples, and asked if she had a co-prime sponsor. Loretta explained she was the only sponsor. I said, put me down as your co-prime sponsor.

This transformation from supporter to advocate lead to my intense involvement on behalf of Marriage Equality. We had daily conference calls seeking the votes needed in the Senate including arranging for a sterilized ambulance for Senator Allen who was undergoing treatment for cancer to come if necessary to the Statehouse garage where she would be able to cast her yes vote by phone.

We were hoping for a miracle that never came. I was brought to tears during my speech to my fellow Senators pleading for justice for my gay brothers and sisters. On January 7, 2010, we only got 13 of 24 Democrats and one Republican vote in a stinging defeat.

We were defeated, but not broken. I collaborated with Senator Weinberg and authored a book, The Case for Same Sex Marriage, to send a message we weren’t going away. We kept fighting and passed Marriage Equality legislation only to have it vetoed by Governor Christie. 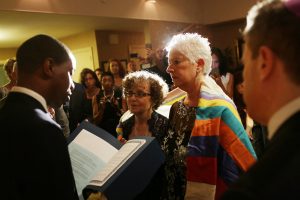 “TV cameras filmed it and politicians hosted it, but somehow the wedding ceremony between Louise Walpin and Marsha Shapiro at 12:01 this morning — one of the first in state history — was an intimate moment.

They wrote their own vows, and never stopped gazing at each other — even as cameras flashed and a giddy group of about 50 people huddled tightly around them in state Sen. Raymond Lesniak’s (D-Union) living room.” 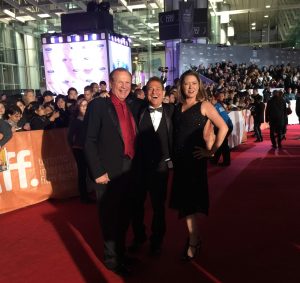 My transformation from supporter to advocate did not end with marriage equality. I sponsored, along with Assemblyman Tim Eustace, a ban on the cruel and dangerous practice of conversion therapy and am advocating for a federal law to ban discrimination against the LGBTQ community in education, federal funding, employment, housing, and credit: The Equality Act.

Pride Month reminds us that discrimination continues to exist against the LGBTQ community in America and across the world. In some countries, a gay person can be put to death.

Join the movement for social and criminal justice, environmental protection and animal welfare.

For PRIDE month, get your free #JoinTheMovement PRIDE sticker FREE.