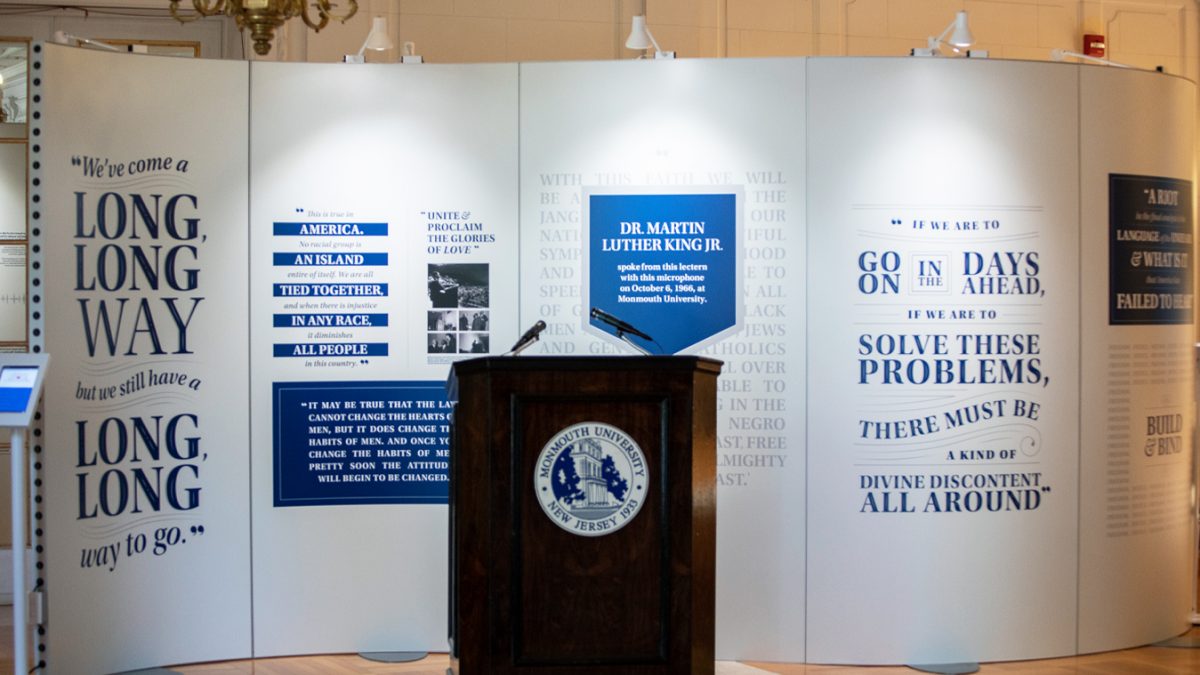 A few weeks ago, I was excited to receive a text from Jenai Bacote, a friend who I met at a social justice event during the fall semester. In this text she described how she would like to organize a group of social justice driven students on campus to ignite racial change on campus in the light of the Black Lives Matter movement.

Just a few days later, we had over 50 students and faculty from over twenty different student groups and we named our activist group “Students for Systemic Change.” This group was a place for students to speak openly about experiences they have had on campus and have an honest dialogue about how they personally feel on campus.

We had weekly meetings to conduct research about what other universities were doing to support their student minorities and we brought our nine page document of research to a meeting we planned with our university president, President Leahy. It was encouraging to see how much other universities have done to push diversity and inclusion efforts and we thought if we brought that information to our president, Monmouth would too, be able to make these changes.

As the president for the Social Work Society on campus, I also had the opportunity to be part of a meeting with other student presidents to talk with President Leahy about our concerns on campus. It was refreshing to see all of the student leaders come together and talk about changes and even vow to do more events on campus as collaborations between clubs. By the end of the meeting, we found that a lot of our clubs are having similar visions, just with different ways of reaching those.

My friend, Cameron Gaines, who is part of Students for Systemic change, was talking to me about how this push has been going on since 2016 where she “went on Monmouth’s radio station WMCX 88.9, and gave an extensive breakdown of the history of then “Wilson Hall”, and how President Woodrow Wilson really wasn’t affiliated with the hall at all. We were unable to pick up much traction on the issue at the time, but we were able to get some details from the administration about their plans to unveil the new Dr. Martin Luther King Jr exhibit that sits in the Great Hall today.” 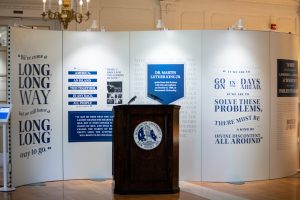 Waves of Change: An Interactive Exhibit of Dr. Martin Luther King Jr., who delivered a speech in Monmouth’s Boylan Gymnasium on October 6, 1966.

After working with Cameron in an academic sense in multiple sociology classes, I knew working on this same push with her more than 4 years later would be extremely powerful.

After multiple meetings, we were thrilled to see the university President sent out on Juneteenth, “The Board voted unanimously to remove Woodrow Wilson’s name from our marquee building and then voted to rename the building — the Great Hall at Shadow Lawn. Wilson was a controversial politician, who never actually set foot in the current building. The Board has also directed the administration to take action to honor the contributions of Julian Abele, one of the first professionally trained African American architects, who was the lead designer of the Great Hall.” 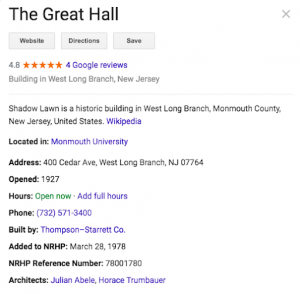 Updated name on Google which now includes the names of the black architect, Julian Abele.

Any victory in social justice driven work is a big victory, but as a student body, we acknowledge that this is just the first step on campus to acknowledge the racist past that this building and the name affiliated with it held. Students for Systemic Change push on campus is far from over.

It is no secret that there are racial disparities within higher education and we will continue to work to ensure that there is proper representation across campus from students all the way through administration.

As a Social Work student at Monmouth, we learn heavily about advocacy and creating change. While it is inspiring to read and learn about how others have done so in the past, to be part of change in the present moment is an empowering feeling and I encourage you to do so when given the chance.

This process was a great way for myself and my student counterparts to understand the rigors of systematic change and to navigate difficult, but necessary conversations with people in power positions. This taught me that if you surround yourself with people who are committed to ignite change and work hard to have honest open conversations with people that real change is possible. What I will say is this, there is so much positive change that can come from using your voice. Whatever your cause is, find some people to be on your team, do some research and know that change is possible!

To read more on student efforts for change at Monmouth click here.

About The Author: Brittany Macaluso is an intern at the Lesniak Institute and a rising senior at Monmouth University studying Social Work and Sociology.