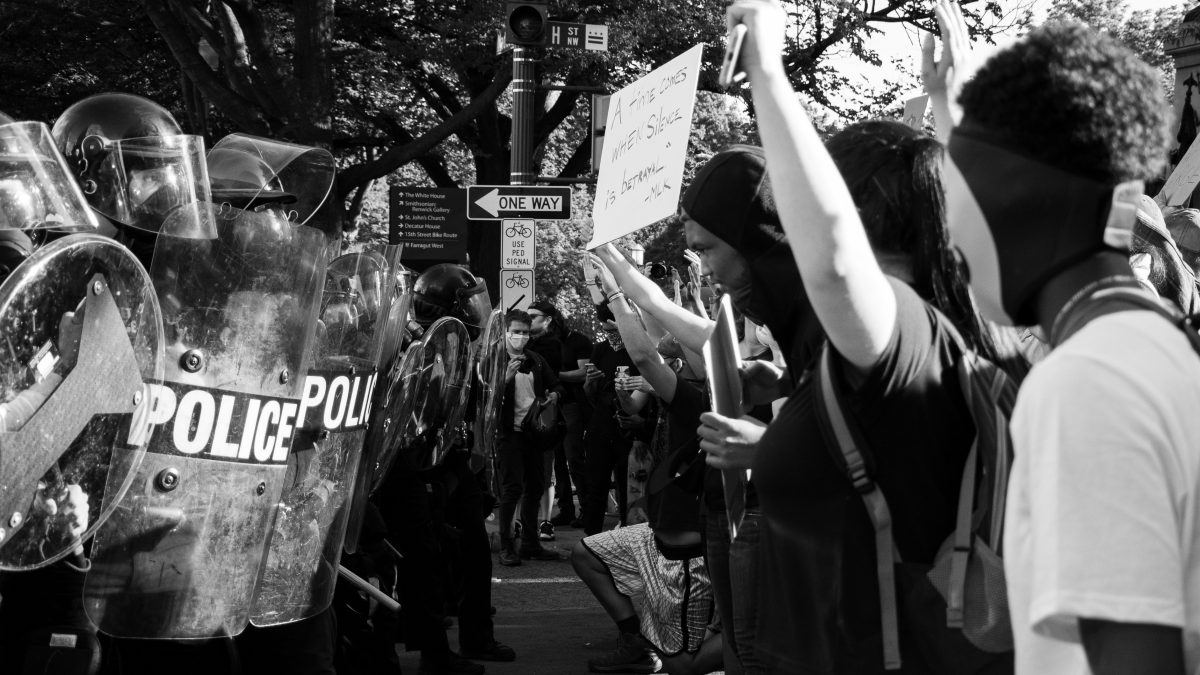 NJ residents are demanding systematic change to protect minority communities as they take to the streets in honor of Geroge Floyd and countless other black lives lost to unjust acts of police brutality across the nation. Protests educate those outside of the issue and raise awareness, however, protests alone will not lead to the legislative and systematic changes that need to be made. So, I have set out to find our what our legislature is doing to combat systemic racism within law enforcement. With each pending law, I have included some information that you may use to take action.

Today was a monumental day in the Assembly where numerous police reform bills have been passed, and now await action in the Senate.

If you would like to take action on any of the legislation below, I would encourage you to reach out to your legislators and the bill sponsors to let them know how these laws would impact you and your community. To find your legislator, use our legislator finder tool here.

Bill Sponsors in the Senate: Senator Turner and Senator Cunningham

This bill mandates law enforcement agencies across New Jersey to create minority recruitment programs where each police force will have a staff composed of individuals that represent the diversity of the community where it serves and protects. The bill was created to increase the public’s trust in their local police officers and eliminate biases within the police force. It is intended that there will be an increase in minority and female representation in all levels of law enforcement.

It has been said that diversity, especially in leadership, can prevent racial bias as well as promote problem-solving and innovation. Diversity within law enforcement has also been known to garner trust between law enforcement and the communities it serves as well as helping to navigate cultural nuances that may exist.

This bill is in its very early stages in both houses. It has been introduced in both the Senate and Assembly. The next step will be to have a committee hearing.

Bill Sponsor in the Assembly: Assemblywoman Sumter and Assemblyman Holley

Coined the Eric Garner bill, this piece of legislation removes any justification to use a chokehold in a non dangerous situation and classifies a chokehold as deadly force. The bill states that a police officer who places pressure on a person’s throat, windpipe, or carotid artery, thereby hindering or preventing that person’s ability to breathe, or interfering with the flow of blood from the person’s heart to the brain, constitutes deadly force.

Bill sponsor in the Senate: Pending

This bill requires all law enforcement agencies to provide implicit bias training. The goal of the legislation is to eliminate unconscious biases which may cause unequal treatment of individuals based on race, religion, gender, sexual orientation, socioeconomic status, or other characteristics.

The bill will add onto current law, which already mandates universal diversity training, to include bias training on top of requiring all law enforcement agencies to provide these training once every five years.

The assembly version of this bill has passed through the full Assembly. The bill has not yet been introduced in the Senate.

Bill sponsor in the Senate: Pending

This bill will establish a program for the Attorney General to collect, record, and analyze prosecutorial and criminal justice data, which includes demographic information such as: race, ethnicity, gender, and age-related information. In addition to demographic data, the program will also keep track of the infraction and arrests, dismissed or downgraded charges, complaints, plea agreements, etc. It will also create a transparent process by issuing annual reports to the public.

The legislation will address a need for transparency and accountability while shining a spotlight in areas of inequity. It is intended that this legislation will empower communities and begin to lay the stage to end mass incarceration.

The assembly version of this bill has passed unanimously through the full Assembly. The bill has not yet been introduced in the Senate.