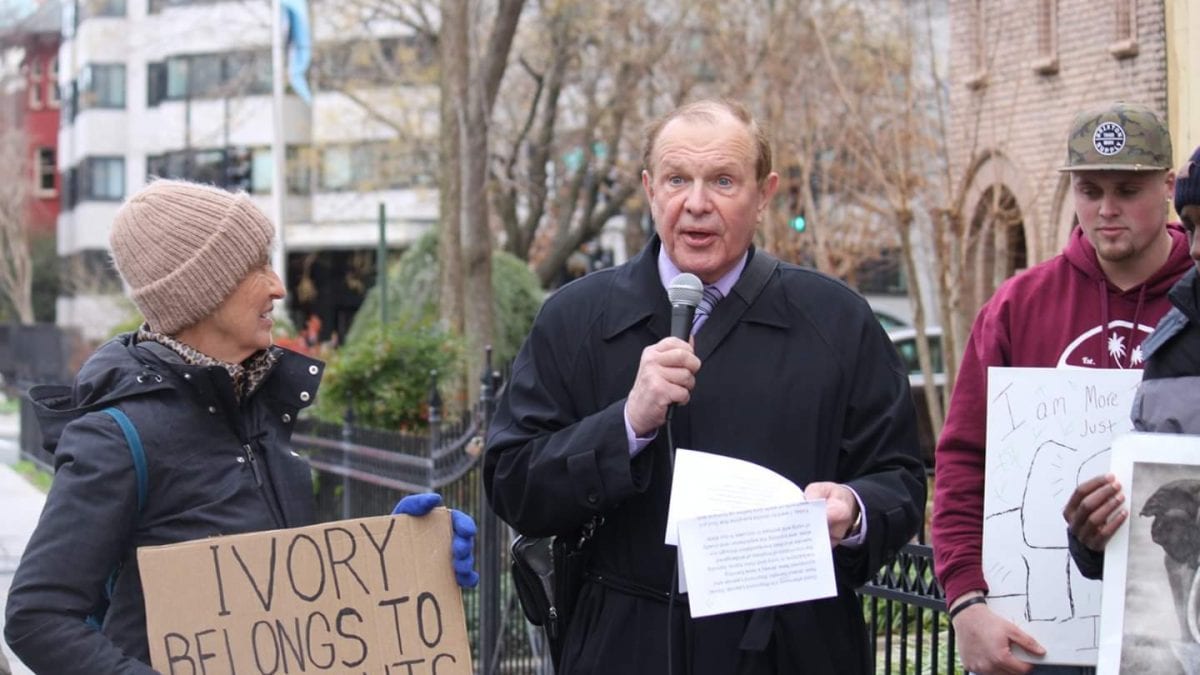 STOP the Killing of 272+ Elephants. Embassy of Botswana

by Senator Lesniak February 10, 2020
Animal Welfare, From Our President

On Friday, Feb. 7, our Founder & President, Senator Raymond J. Lesniak recited the following keynote speech in Washington D.C., outside of the Embassy of Botswana

Good afternoon, I’m Raymond Lesniak, the former New Jersey State Senator who sponsored New Jersey’s laws banning transactions in ivory and rhino horns, banning the importation of trophies of endangered species and their transportation through our state, and banning the exploitation and cruelty of using wild animals in circuses in our state. 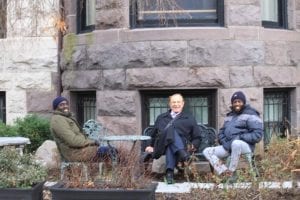 Today, I want to remind everyone that God put elephants on earth long before us humans and, if anything, we’re encroaching on their territory, not visa versa.

To Botswana President Masisi, I say and pray that you put an end to your love affair with the Safari Club and the auctioning off of 272 permits lined with the blood of elephants in your country.

While we’re here in our nation’s capital, we also call upon Congress to ban the importation of trophies of endangered species into the United States and to join with civilized countries across the globe to restore all African elephants to Appendix 1 of the multilateral treaty, CITES, to protect endangered animals and plants and follow New Jersey’s lead and ban transactions in ivory and rhino horns. 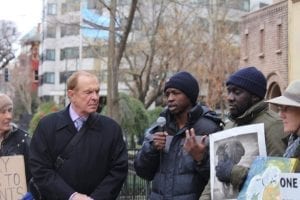 All killing for entertainment is contrary to God’s Will. It brings out the worst in human beings. Simply put, it is cruel and inhumane.

As Pope Francis has stated, “Our indifference or cruelty towards fellow creatures of this world sooner or later affects the treatment we mete out to other human beings. We have only one heart, and the same wretchedness which leads us to mistreat an animal will not be long in showing itself in our relationships with other people. Every act of cruelty towards any creature is ‘contrary to human dignity.” 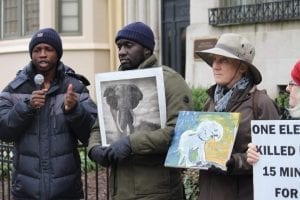 I say to President Trump, you present yourself as a God fearing leader, a God fearing Christian, then follow the Word of God and end your support of trophy hunting. The Bible tells us that the sign of a righteous man is that he takes care of his animals. Psalm 147:9 tells us that God is concerned for all His creation, including the animals He created. We can take from Scripture that if God takes care of animals, so should we.

If following God’s Will doesn’t move President Trump and Congress, this should, “Poaching in Africa is funding terrorist groups,” U.S. Trade Representative Michael Froman told a news conference at Kennedy International Airport. He said such illegal trade is a threat to global security because it’s driven by criminal elements, including terrorists using profits from items such as rhinoceros’ horns and elephant tusks to finance their activities. 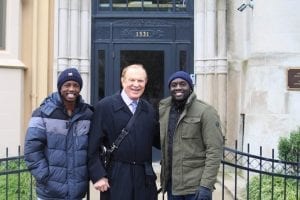 So, to President Trump and Congress, whether you believe in following God’s Will or curbing funding of terrorists, or both, the time is now to end trophy hunting permits for endangered species and ban transactions in ivory and rhino horns. Let your conscience be your guide.

Sponsored by Elephants DC and Global March for Elephants and Rhinos.