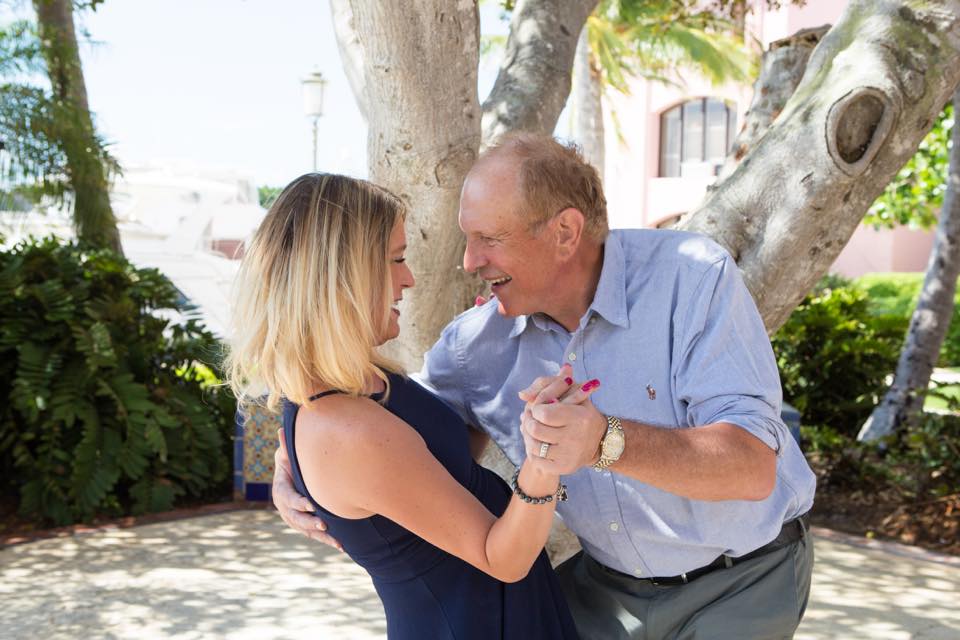 by Paige Alonso July 3, 2019
Featured, From Our President, Uncategorized

Today, we say goodbye to Salena Lesniak, our founder & president, Senator Raymond J. Lesniak’s wife and partner for over 20 years. Salena will be greatly mourned by so many, as she touched the lives of so many people while advocating for a more just world.

To remember Salena, we present a story of hers from “What’s Love Got To Do With It?: The Case For Same Sex Marriage” 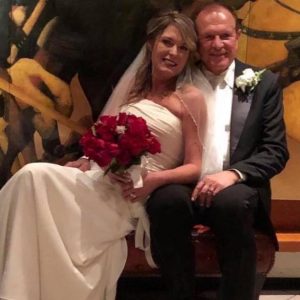 Over the course of the marriage equality debate, many opponents have argued that society should maintain discrimination in marriage because same sex couples cannot procreate.

I want to share a story of two people I know, Gerry and Al.

They worked for the same company.

They lived in Newark, down Neck to be exact.

He was Irish; she was Italian. Neither family was happy about their courtship. Both families thought their children could each do better based solely on the nationality of the other. It was the only time their families actually agreed.

He had traveled the world for seven years with the Army and Air Force during Vietnam; she had never spent a night away from her parents.

Despite their differences, through love letters, dates filled with dancing and other innocent romances they fell in love and married in March of 1971. And, they were ready to start their family.

But by the end of 1975, no baby bump had appeared and they decided to tell family and friends they were looking to adopt.

In January 1976, Gerry’s sister–in–law called her. She knew-a–friend-who– knew-a–friend with a pregnant teenage daughter and she thought her daughter was not ready to raise a baby. The mother of the teen wanted

to place the child in a good Catholic home. Almost immediately, lawyers were contacted, social service visits were scheduled and six weeks later on February 27, 1976, Gerry picked up the phone and heard the two words that would change her life forever: Think pink. Her prayers to St. Anthony had finally been answered, she was a mother, her baby was here, her baby was healthy, and as an added bonus, it was a girl!

Almost immediately, they learned that this was not an easy baby. She was colicky, a fever prone child and rather picky about everything. Gerry has told me on several occasions that she lost sixty pounds in the baby’s first six months. This child never wanted to sleep – ever.

But Gerry and Al were great parents. She stayed home to raise this finicky, but happy, little girl and made sure all her needs were met; while Al worked hard to make sure there was always a nice roof over their heads, a great meal on the table, stylish clothes on their backs and an annual family vacation. It was a typical American family. Although unnatural some argue.

As their daughter got older, Al became much more involved than he was during those early baby years.

While their daughter grew from a baby to a toddler and eventually into a young woman, on any given weekend, you could find her and her father hitting softballs in the park, bowling, fishing, eating ice cream cones at Baskin Robbins or shooting free throws in the driveway.

The family wasn’t well off, but both parents sacrifices so she could receive a good Catholic school education, pre-K through high school. And, they made sure she went to college without taking out a single loan.

When their daughter was about 18 and headed off to college, they realized their marriage had exhausted itself. After 23 years of married life, Gerry and Al knew their daughter was the only commonality they still shared and now she was out on her own.

During the legal process of dissolving the marriage, the judge did not ask if they naturally produced this child in order to confirm a marriage had actually occurred. Their marriage was not nullified due to their inability to procreate.

Throughout the legal proceedings, Gerry and Al were hostile toward each other. Divorces are ugly. They forgot why they were first drawn to each other. And, for a while, it wasn’t pretty.

But one day, shortly after the divorce was finalized, their little girl who was then 19 was rushed to the hospital by ambulance with extreme abdominal pain and sever dehydration. Doctors had many theories: appendicitis, ectopic pregnancy or an array of possibly ruptured organs, some life threatening diagnoses. Gerry and Al were scared, and they found comfort in each other through their shared love of their daughter. They decided on that day, they would become friends once again.

Thankfully, all of the prognosis were wrong. After a lot of needles, scans and tests it was discovered that their daughter ate a bad gyro that night and the tzatziki sauce was sour. It was a simple case of extreme food poisoning. But Gerry and Al kept their promise to each other. Although they could not be a couple again, they realized they had a very special bond. No one would ever love this little girl as much as they did, and they worked on forming a partnership that first revolved around their child, but wound up developing into a deep respect for one another and an eventual close friendship.

Over the next few years, as their daughter was off discovering herself and the world around her, her parents talked several times a day. Her mom would call her and say “Call your dad’: And, her dad would call her and say, “Call your mom,” if she went more than a few days without her calling one or the other. They were good parents and great friends to both each other and to their little girl.

Although when I sit and really look at their daughter, I cannot believe they liked or approved of all the decisions she made in her life; but, if they didn‘t, you would never know by talking to either one of them. They both describe her as the smartest, prettiest, most put together woman they have ever met, they will tell you she is perfect and they both take complete ownership of how great they think she turned out.

Sadly, Al cannot brag about his baby girl to his friends anymore. He passed away on October 27, 2007 with his little girl, then a 31-year–old woman, by his side.

During the days of preparing for and attending Al‘s wake and funeral services, Gerry was there for her little girl every step of the way. Sometimes comforting her daughter; sometimes driving her daughter crazy. But that’s what real moms from real families do with their daughters, isn‘t it?

I am the child of Gerry and Al. I decided to share my personal story after Assemblyman Michael Patrick Carroll (no relation) responded to Raymond‘s blast e–mail to all legislators seeking their support for marriage equality:

I abide that effort with the greatest anticipation.

I look forward, especially, to the section

on how society benefits from subsidizing non-procreative

relationships , as well as to the section

on how a constitution can be legitimately “interpreted”

to compel an unwilling populace to subsidize

relationships which serve no public purpose.

And, finally , I look forward to the section which

demonstrates , in an intellectually and logically

consistent matter , why the state should give a

In January, I chatted through Facebook and Blackberry for several days with Assemblyman Carroll on this issue. I always appreciated his honesty and I think we had fun debating back and forth with each other; I found him articulate, intelligent and most importantly accessible, honest and a very nice man. I do not want to single him out in any way as a bad guy for his opposition of such an important issue. I actually think he is a very good guy who just happens to disagree with me. And, most importantly, I truly respected his honesty throughout the entire debate.

But when Carroll listed the overwhelming reason to deny marriage to same sex couples as their inability to naturally procreate, it hit a nerve. He basically said, if you cannot procreate, you cannot be a real family. It was the first time I felt the opposition to marriage equality personally.

Being a straight woman, marriage equality does not really affect me. I have always been a vocal supporter of all equality because I believe every American deserves to be treated the same under the law. I believe strongly in marriage equality because there are so many gay people in my life whom I truly love. I want their relationships to be protected under the law; I want them to have the same legal benefits my married straight friends enjoy; and, I want the partners of my gay loved ones to have the same legal responsibilities as the spouses of my straight loved ones.

In honesty, I never truly understood what this movement was about. To me, it was always about fairness and the legal arguments about equality.

It was not until I felt that MY family, MY parents and the large part of ME that is defined as daughter was questioned as real, that’s when I finally got what this all means. Marriage Equality is about making families real. 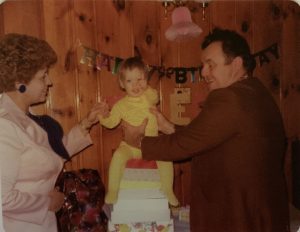