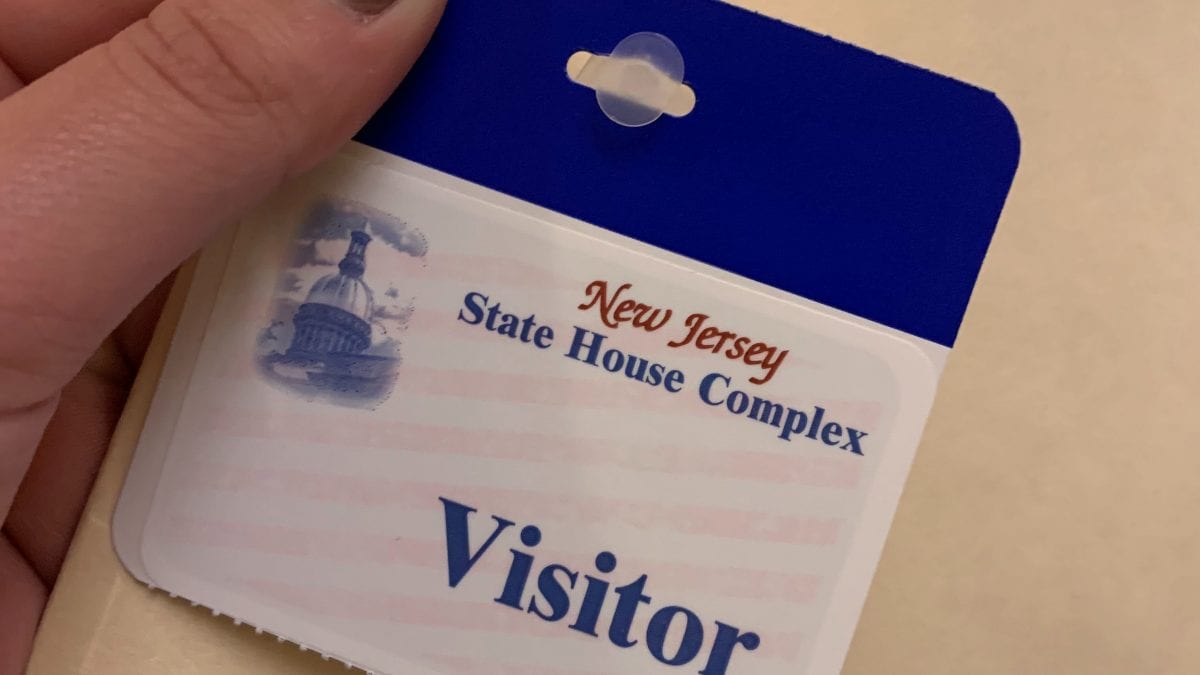 My Experience at a State Senate Meeting

On November 18th, I was given the opportunity to observe a State Senate meeting as a specialist intern for the Lesniak Institute. My superior, Sarah Mack, thoughtfully explained that the Institute has been working tirelessly for the advocacy of animal rights. Their focus is to create a Desmond’s law here in New Jersey. When I first learned of the bill, my curiosity grew – enticing me to do independent research on the topic. It originated from Connecticut, and unfortunately, it passed under disturbing circumstances. Desmond was a dog who was viciously abused by his owner which lead to his inevitable death. What horrific circumstances! In that moment, I came to a realization and true understanding of just how necessary this bill is for New Jersey. Remembering everything that I learned about the bill, I felt anxious nerves course through my body, but most of all, I felt excitement and hope as I entered the room where the fate of Desmond’s bill will be decided. 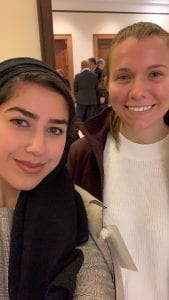 
When the doors opened, there was an electric rush into the spacious room. I remember looking around and being intrigued by the set up. On my left, there was a long table designated for the senators, and on my right was the eager audience waiting to hear the presentations. Before the presentation for Desmond’s bill, other bills and laws were presented. This gave me insight to the other initiatives in New Jersey. Crown’s Bill caught my attention.  The purpose of the bill is to eliminate discrimnation against hair texture. It is mind boggling that hair discrimination is being discussed as a true, problematic issue. I sat there, thinking that not discriminating against textured hair is plain common sense, but one can say that about animal abuse as well. In my train of thought, I caught myself just in time to discuss Desmond’s bill. One of the advocates, Robin “Zilla” Cannamela, the president/co-founder of  Desmond’s Army Animal Law Advocates, spoke to the horrors of animal abuse, especially toward cats and dogs. She explained that the failure to recognize animal abuse can lead to the killings of human beings. She noted an important fact that a multitude of convicted serial killers were perpetrators of animal abuse. “People always ask if there were warning signs?” she said. At that point, I knew the court would have to agree that this is an important bill that needs to pass. This bill is one step forward in protecting our society from the evils of such individuals. 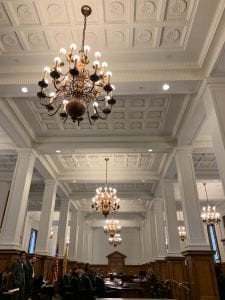 Another speaker was Emily Bank, a Rutgers Law School graduate.  I found her speech to be so inspiring yet so concise. She presented a simple yet logical solution. Animals who have previously been abused should have the right to have their case heard in court. In her solution, law students would represent the animals and their advocates. The solution presents so many advantages:  animals will be protected by the law, the abuser would have it on record for society’s benefit, and law students can practice law. Once it was time for the senators to “yes” or “no,” my heart became weak. Once I heard the first “yes,” I began to feel hopeful. In just a few moments, my nerves settled and I was beaming with excitement. The vote was unanimous in favor of Desmond’s bill. I have learned so much from this wonderful experience, but one takeaway that is worth sharing is to fight for whatever you believe in because the reward is far grander than one could ever imagine. 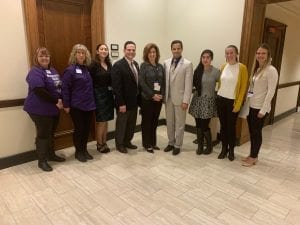