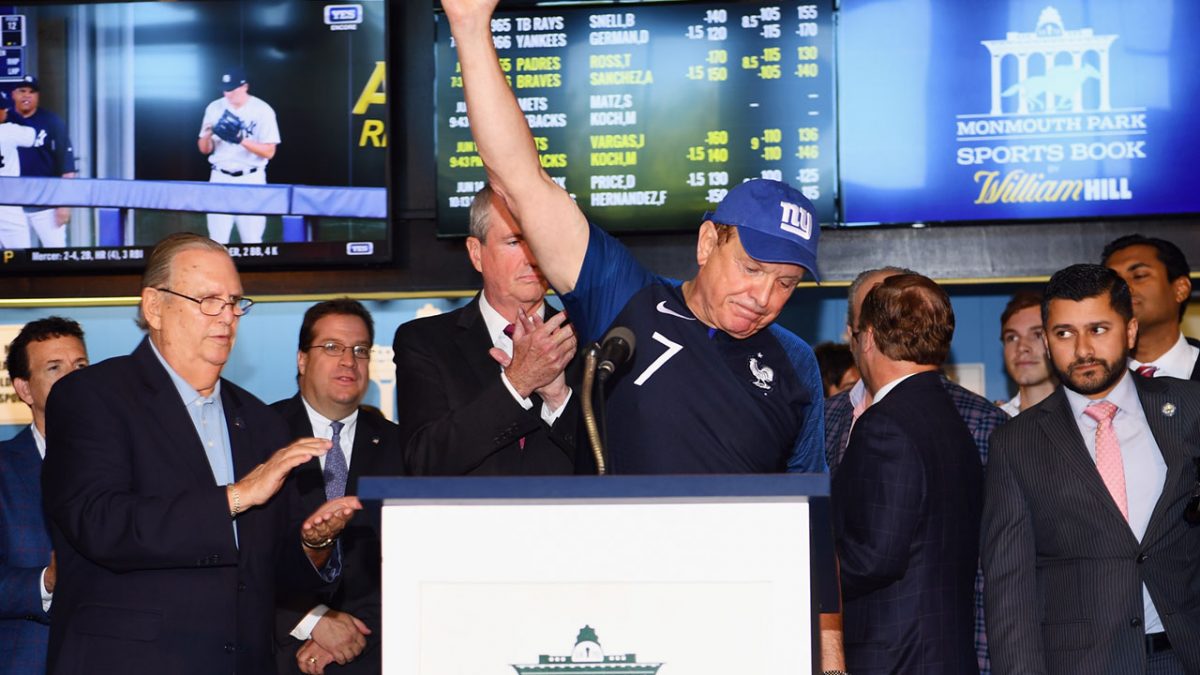 by Senator Lesniak July 24, 2019
From Our President

My battle to bring legal sports betting to New Jersey, after failing to get any support from New Jersey’s Congressional delegation or from the National Conference of State Legislators to change the law, began with a lawsuit I filed in the United States District Court raising for the first time, more than 20 years after it was signed into law by President George H. W. Bush, that PASPA, the federal law banning sports betting other than in the State of Nevada, violated the 10th Amendment of the United States Constitution.

My lawsuit was dismissed by District Court Judge Garrett Brown because only a State can raise a violation of the 10th Amendment and Governor Christie refused to intervene as a plaintiff stating in a letter to the Court “the State’s limited resources would be better utilized by focusing on other issues facing the citizens of New Jersey.”

Judge Brown also held that since New Jersey’s Constitution prohibited sports betting, we must first amend our Constitution to allow sports betting which I promptly did by the sponsorship of a Referendum which voters approved with a 64% vote.

I then sponsored sports betting legislation which Governor Christie signed, only to have the District Court and the 3rd Circuit Court of Appeals knock it down, but 3rd Circuit Judge Jose Fuentes’ dissent opened the door and invited us to overcome PASPA’s prohibition on states authorizing sports betting by repealing New Jersey’s laws prohibiting sports betting, a door which Dennis Drazin and I walked through and got the Legislature to pass, but which Governor Christie closed with a veto message stating, “ignoring federal law, rather than working to reform federal standards, is counter to our Democratic traditions and Constitutional values I have sworn to defend and protect.”

Thanks to pressure from a courageous Senator Joe Kyrillos who threatened to override Governor Christie’s veto, Christie reversed course and signed virtually the same legislation that made its way to ultimate victory before the United States Supreme Court which held PASPA violated the 10th Amendment thereby overcoming Governor Christie’s veto message which was thrown in our face in adverse decisions written by District Court Judge Michael Shipp and 3rd Circuit Judge Midge Randell.

When the Supreme Court decided to hear our appeal, Dennis Drazin and I knew we were on the verge of victory and on June 14, 2018, I placed the first winning legal sports betting in New Jersey, on France to win the Men’s World Cup. Since then, less than one year later, sports bettors waged more in New Jersey than in Nevada which had a virtual monopoly on legal sports betting for more than twenty years. It took New Jersey less than a year to overcome that more than a twenty-year advantage.

As far as the future of sports betting goes, my prediction is that sports betting will continue to provide for the growth of New Jersey’s horse racing and casino industries, the very existence of which were in serious jeopardy before sports betting brought them back to life. Thank you.