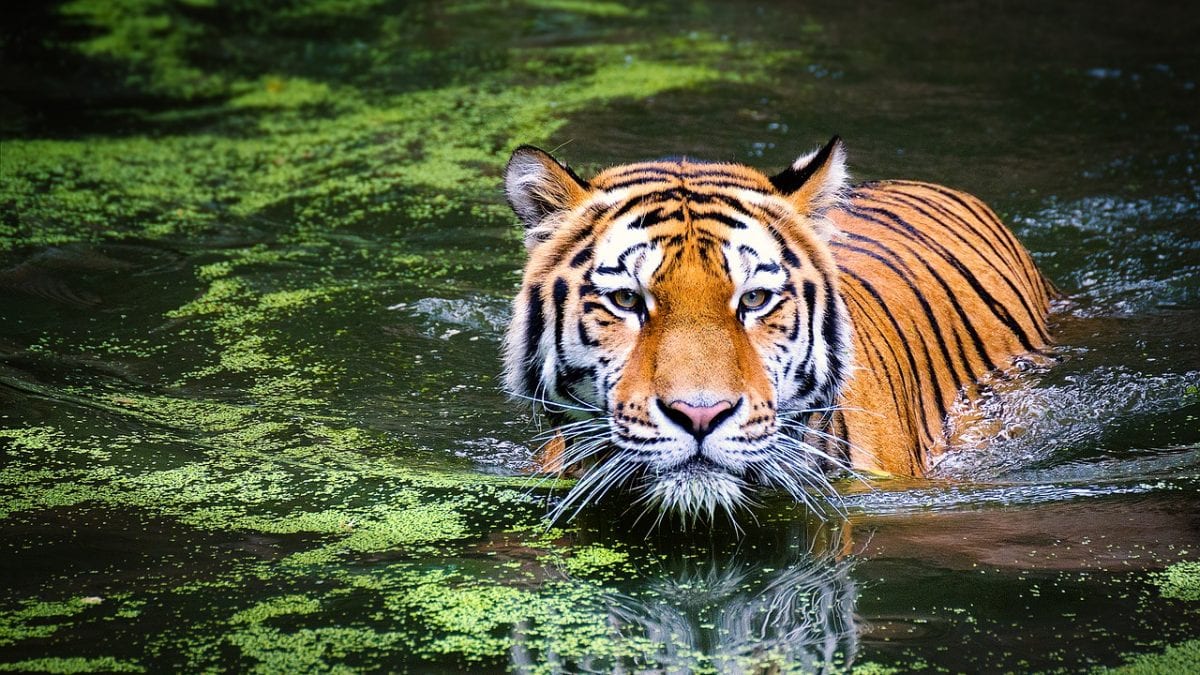 The number of human offenses against animals is uncountable; from perpetrating vicious animal fights, to excessively hunting dwindling species, there is a track record for cruelly abusing animals. This is inexcusable. People have the moral responsibility to maintain the balance of the ecosystem and treat animals humanely, as animals have a right to painless lives.

Animals are sentient beings, with wants and needs tantamount to human emotions. Little piglets nestle to their mom for warmth and comfort. Oftentimes when soldiers come back from service, their dogs are filmed eagerly jumping up to greet their owners. Animals clearly exhibit emotions such as happiness, sadness, pain, and pleasure. They are no different than people, who are entitled to fair and compassionate treatment. As animals are capable of feeling pain, people should not cruelly hurt animals in the same way they should not hurt other people; just as people cannot force others to fight each other or be subjected to cruel living conditions, people should not force this upon animals. People have a specific duty to protect animals, as humans and animals alike are part of the same ecosystem.

As inhabitants of this planet, people have the responsibility to ensure that all living things, particularly animals, are protected. Humans and animals are part of an ecosystem with very specific roles. When one species is eliminated, the entire system is unbalanced. This is evident in the hunting of tigers, which has driven populations to fewer than 2,500 tigers in the wild, according to Red List. Greedy for tiger skins, bones, and other body parts, humans kill tigers to near extinction. However, at the apex of the food chain, the tiger regulates the population of primary consumers, therefore preserving the balance between herbivores and the plants herbivores eat. Without tigers, a forest is not considered healthy, and the entire ecosystem would collapse. This has occurred before – when Dodos went extinct, an Acacia tree species stopped growing, debilitating the ecosystem. Ultimately, humans’ need to treat animals humanely extends beyond moral obligation; it is imperative for preserving the state of the earth for future generations.

New Jersey has already set a precedent for the humane treatment of animals, enacting strong bans against transactions of trophies of endangered species and enforcing laws protecting domestic animals. In order to lead the nation and the world, New Jersey needs to continue passing laws that focus on domestic animals and conservation. The government must maintain consistent funding for regulating these laws. For example, it is currently a crime in New Jersey to abuse animals with cruel actions such as neglect and torture, and could lead up to $5,000 in fines, according to article “Animal Cruelty Laws in New Jersey”. Increasing this fine and adding other punitive measures, such as community service, would further cement animal cruelty as a severe crime. Shifting animal cruelty crimes to the jurisdiction of cops further establishes these crimes as akin to ones performed against humans. This elevates animal cruelty to its true severity, preventing more people from performing cruel actions. New Jersey should invest in properly preparing police departments with handling animal abuse cases, such as appointing appropriate officers and developing training.

New Jersey can also lead the nation by adopting stricter laws protecting farm animal welfare. This entails maintaining humane living conditions, without cramped cages or narrow spaces. As horses are particularly important to New Jersey’s economy, the government should pay careful attention to regulating their conditions in farms. By establishing these laws, New Jersey encourages other states to follow suit.

New Jersey should act to preserve animal lives by protecting the state’s ecosystems. New Jersey hosts many wildlife species in different forests and marine areas. In order to preserve the vast biodiversity of mammals, birds, and fish, New Jersey has a Wildlife Action Plan to identify and combat threats facing wildlife populations. By establishing these rules and organizations to regulate them, New Jersey serves as a strong model and inspires other states and even nations to adopt similar rules.

People should treat animals humanely in the same way they should treat other people humanely. Protecting animas is imperative to maintaining healthy ecosystems. New Jersey can lead the nation in the humane treatment of animals by continuing to enact and regulate laws regarding domestic animals, farm animals, and wildlife.