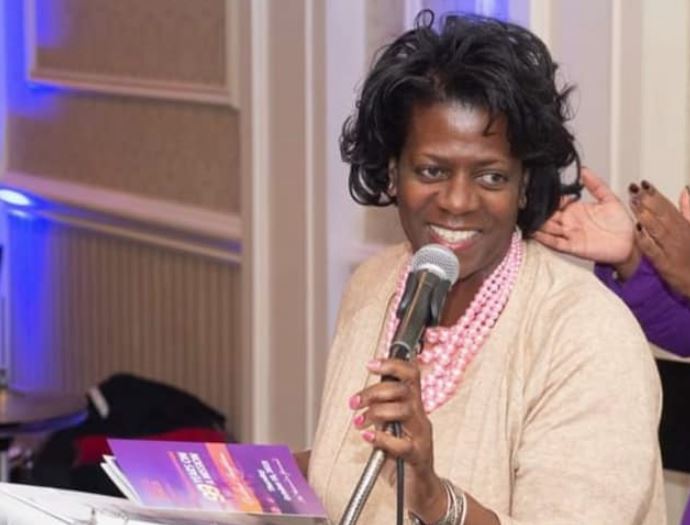 by Senator Lesniak March 11, 2021
From Our President, Social Justice

Patricia Perkins-Auguste, Councilwoman-At-Large, City of Elizabeth, is a career public servant who embodies the principles of biblical teachings and practical delivery of professional public services to her community, constituents and business interests in and around the City of Elizabeth, County of Union and the State of New Jersey. Currently serving in her 7th consecutive term as an at-large council representative, the first African-American female and the only female member of the nine- member legislative governing body in Elizabeth, Councilwoman Perkins-Auguste brings to the local governmental process her 25-plus years of solid experience in community building, leadership, organizational structure, professional, governmental and grassroots knowledge, and solutions for individuals, families, corporate and non-profit sectors throughout the community. Patricia Perkins-Auguste has dedicated herself to serving the public.

Perkins-Auguste, a lifelong resident of Elizabeth, is considered the “Dean” of the council and is currently the longest consecutive serving councilmember. A determined advocate for women, children, and family development, Councilwoman Perkins-Auguste is a compassionate and visionary leader with a track record for removing barriers to opportunities and creating new models for building successful neighborhoods and business communities that enhance the quality of life for residents, private and non- profits entities throughout the City of Elizabeth.

Perkins is a member of the State Democratic Committee, and currently a Commissioner for the State Division of Civil Rights. A former NAACP Branch President and a founding member of the National Council of Negro Women, Greater Elizabeth Area Section; a former member of the National League of Cities Public Safety and Crime Prevention; a former Platform Committee member for the 1996 Democratic National Convention; and served as a Delegate for the 2012 Democratic National Convention, for President Barack Obama’s re-election to his second term and an Emeritus Board Member for United Way of Greater Union County.

Women’s History Month was made for Councilwoman Patricia Perkins-Aguste.