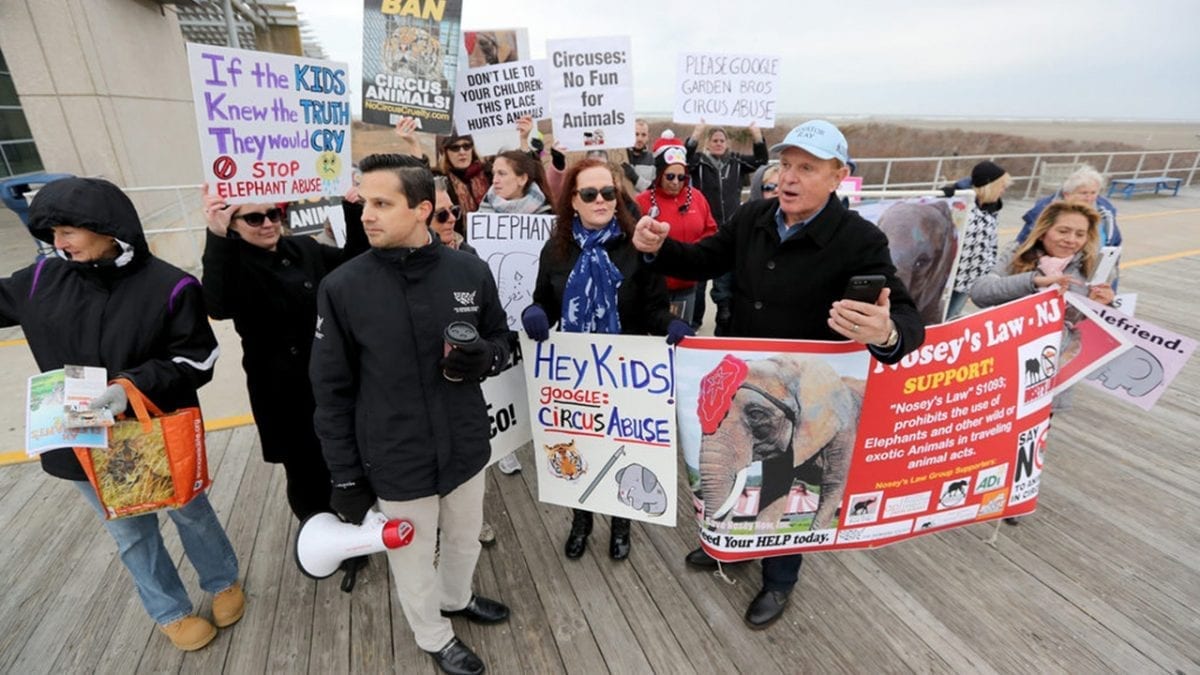 When I left the New Jersey Senate in January, I was concerned the Legislature would no longer have a champion to protect animals from cruelty and extinction. It’s no longer a concern.

Senator Nidia Cruz-Perez and Assemblymen Raj Mukherji and Dan Benson have picked up the mantle.

Last year, Governor Christie vetoed my legislation banning wild animals in circuses and fairs . It was named after Nosey – the elephant who has finally won freedom from the cruelty of circus performing.

Nosey’s Law has passed the New Jersey Assembly and been released from Senate Committee. It will be approved by the full Senate on June 7 and swiftly signed into law by Governor Murphy.

Our champions need your help to stop Bear Hunting, ban Leghold Traps, Puppy Mills, Shark Finning and to improve New Jersey’s animal shelters, some of which should be shut down. We also will advocate for humane treatment of animals throughout the nation and in countries across the globe.

[Stay Connected below to receive our blogs and be part of a new generation of American Leaders, young and old, devoted to public advocacy.]